When I decided to start writing at this blog again I was a little worried that I would be able to find enough topics to write about. What was I thinking?! Rand Paul is running for President, guys! And so is Ted Cruz! The material will be endless! I mean, just look at some of the information already out there:

To Rand Paul, Abortion Access for Rape Victims Isn’t Worth Talking About

And the man mansplains how to interview here (silly woman!):

And Ted Cruz, well, just go to http://www.tedcruz.com/ to see how his well-oiled political machine is making out these days.

Jeb Bush? Do you really want someone running the country who is unable to correctly fill out a voter registration form?

No, it’s going to be a very interesting run up to the Presidential election in 2016. The Republican side has a dozen candidates (or more) whose beliefs are all over the place. The Democrats seem to only have Hillary Clinton, but personally I think she would be better off if there was a challenger.  The worst thing for her is to be pegged as “the anointed one” from the Democratic party (although given the way she was treated by many in the Dem party in 2008 that title is a little hard to swallow).

Yes, there will be lots to write about leading up to November 2016. And I haven’t even started on telling you about my City Councilman who has only shown up for 55% of the votes! 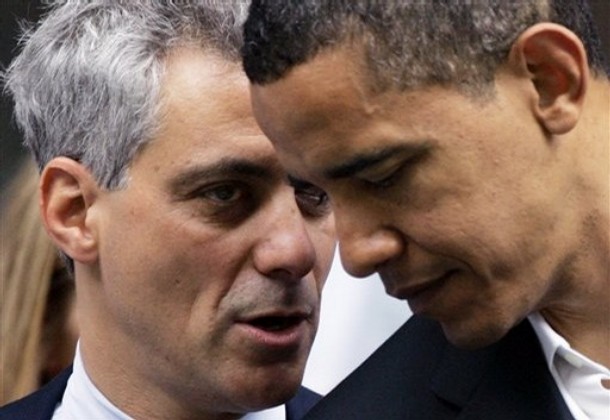 One of the things that has frustrated me the most in following politics for the past few years is the way that members of the Democratic Party have increasingly turned on one another. We’ve always been a party of differences — it’s been the defining feature of the party that we don’t all agree on everything. To say you have “conservative values” is limiting because it’s pretty, well conservative.  Whereas being “liberal” means you’re open to more ideas.

Or so I used to think.

Not to re-hash the slurs of the 2008 campaign, but it was nasty. It was petty. You back Obama, I back Hillary Clinton, and you would think we could debate the merits of each candidate. Instead, it often turned into nothing more mature than schoolyard taunts and insults.

And today, I would think that all good Democrats would be fighting for and agreeing on 2 things: ending the wars in Iraq and Afghanistan, and ensuring adequate health care for all. But we’re not even agreeing on these most basic ideas. The latest example of the dysfunction of the Democratic Party came when A-list blogger (I say snarkily) Markos Moulitsas of Daily Kos went on Keith Olbermann’s Countdown and basically threatened Dennis Kucinich’s political career based on Kucinich’s opposition to the current Health Care reform bill:

I don’t think he gets a pass. I don’t care what his excuse is. … He”s not elected to grandstand and to give us his ideal utopian society. … He’s not representing the uninsured constituents in his district by pretending to take the high ground here. … I think that’s the perfect excuse and rationale for a primary challenge.

A far more rational voice on the matter comes from John Nichols at The Nation who writes:

Long before Barack Obama or Nancy Pelosi began talking up health care reform as a top priority for the Democratic Party, Congress and America, Dennis Kucinich was doing so. Indeed, the former Cleveland mayor, Ohio legislator, two-time presidential candidate and now senior U.S. House members has across the past 35 years been one of the country’s steadiest proponents of real reform of our broken health-care system.

So Kucinich’s questioning of the reform legislation being advanced by President Obama and House Speaker Pelosi is neither casual nor uninformed.

The congressman from Ohio knows the intricacies of the health-care debate as well as any key player in Washington. And he objects to the compromises contained in the measure the president and the speaker are whipping House Democrats to support. “This bill doesn’t change the fact that the insurance companies are going to keep socking it from the consumers,” says Kucinich, who argues that, “The insurance companies are the problem and they are getting a bailout.”

This is not a new complaint from Kucinich. Nor is it an unfounded concern.

I’m sick of the Democratic Party. We finally get the majority and we don’t even know what to do with it. I have no doubt that this attack on Kucinich (who, by the way, is introducing a bill as I write to end the fighting in Afghanistan) was somehow orchestrated by the White House (I’m lookin’ at you Rahm.)

This is not to say that Kucinich’s approach is the right or wrong one. The point is that Obama, Pelosi and their lieutenants need to recognize that the congressman’s dissents are based on principle. He is not seeking some sort of “Cornhusker kickback” or “Louisiana Purchase” deal. Rather, Kucinich is seeking to make what he sees as a flawed bill better.

As such, Democrats ought not be worrying so much about whipping him into shape as they should be listening to him — and working with him. After all, what Kucinich is proposing is not extreme. It’s what should be in the bill.

This segment from the Rachel Maddow Show is kinda long (15 minutes) but please watch it the whole way through. As she states early on in the video, of course the Republicans are spinning the Scott Brown election as a monumental sea change, but … it’s not. It’s really, really not. There are plenty of procedural options available to the Democrats for getting things passed through Congress. Democratic politicians lamenting the loss of vote #60 is pathetic.

If that’s their attitude they’d might as well start wearing sweat pants to work because clearly they’ve just given up ….

more about “Rachel Maddow: Can Democrats utilize …“, posted with vodpod

The Democratic Party lost the election in Massachusetts last night.  When Barack Obama promised us he would be all things progressive, he and his team really had no idea how they to actually put into motion any of that change they kept talking about. So here we are exactly one year after his inauguration, and what has happened? A seat held by the “Liberal Lion” Ted Kennedy for 47 years, has gone to an unknown young Republican State Senator. But why?

There are plenty of theories floating around, as you know, and plenty of fingers being pointed. Those of us who did not support Obama in the primaries know that it is of little help now to say “I told you so,” so we bite our tongues and try to analyze the situation with detachment.  But in the end, what we have in our Democratic President is the leader of the party who: (1) tossed aside the public option in health care that the majority of Americans have  said they want because he is more concerned about bipartisanship appearance than about actual substantive change, and (2) has been soft on the Wall Street fat cats who led us into the financial nightmare of lost jobs, lost homes and ruined lives.

And that, Charlie Brown, is why Martha Coakley lost the election.

From a ThinkProgress story on the exit polls:

The View from Out There

This site may contain copyrighted material the use of which has not always been specifically authorized by the copyright owner. It is posted it here for the purpose of education and commentary.

I believe this constitutes a 'fair use' of any such copyrighted material as provided for in section 107 of the US Copyright Law. The material on this site is distributed without profit to those who have expressed a prior interest in receiving the included information for research and educational purposes.

If you wish to use copyrighted material from this site for purposes of your own that go beyond 'fair use,' you must obtain permission from the copyright owner.

The material in this site is provided for educational and informational purposes only.

Nailing Jello to the Wall

There Will Be Bread

The intersection of faith and life.

Writer's Block - A Work in Progress

don't let it bring you down

This site is mainly about pictures, from the middle of Norway. Click a picture to read posts.

Poems and stories of love & heartbreak.

life in the slow lane

Life is full of Sunny Days

Random thoughts of an upbeat mind

WordPress.com is the best place for your personal blog or business site.

Nailing Jello to the Wall

There Will Be Bread

The intersection of faith and life.

Writer's Block - A Work in Progress

don't let it bring you down

This site is mainly about pictures, from the middle of Norway. Click a picture to read posts.

Poems and stories of love & heartbreak.

life in the slow lane

Life is full of Sunny Days

Random thoughts of an upbeat mind

WordPress.com is the best place for your personal blog or business site.